Is There an Algorithm to Win at Roulette? 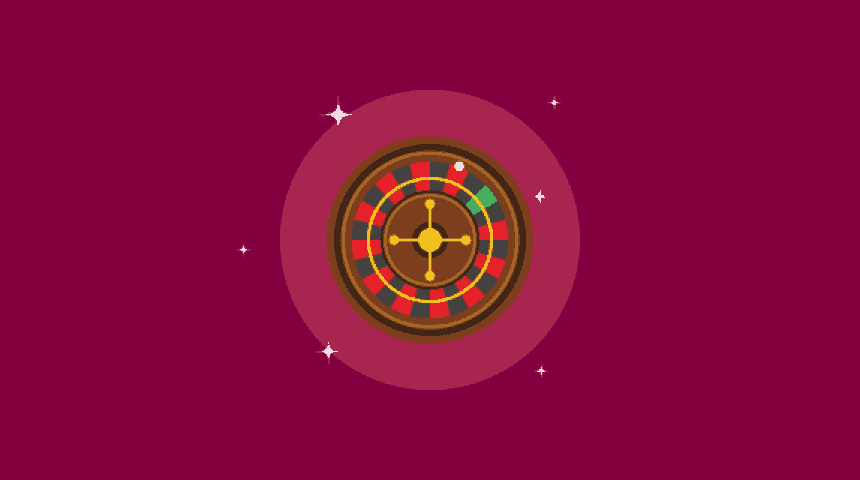 A predictor for online roulette is every gambler's wildest dream.

While most of us can only dream about this, Professor Michael Small of the University of Western Australia, and Dr. Chi Kong Tse, of the Hong Kong Polytechnic University, decided they could do better.

They imagined that with their skills and knowledge, they could come up with an algorithm to predict the outcomes of a game and revolutionise the way we play roulette.

The Formula to Predict Roulette Numbers

During the past three hundred years, gamblers, scientists, and mathematicians tried to find a way to predict roulette numbers.

From algorithms to hacking devices, they all worked very hard to create a roulette prediction formula that would allow players to beat the machine.

It's the never-ending fight between David (us) and Goliath (the Casino). And it is as passionate and exciting as ever.

The determination to find an algorithm to win at roulette has increased over the years and that's not surprising.

With more and more live roulette sites going live on the internet and fast-processing computers giving scientists the ability to complete complicated calculations within seconds, there's never been a better time to work on a roulette prediction formula.

Match the strong desire to create a roulette predictor with the great technology improvements we see happening every single day, and you will understand why some perseverant people of science decided to dedicate their time to look for a way to predict the numbers at roulette and solve the game.

"There have been several popular reports of various groups exploiting the deterministic nature of the game of roulette for profit," the research of Professor Small and Dr Chi Kong Tse states.

"In the study, we provide a short review of that history and then set out to determine to what extent that determinism can really be exploited for profit."

To do this, the researchers provide "a very simple model for the motion of a roulette wheel and ball and demonstrate that knowledge of initial position, velocity, and acceleration is sufficient to predict the outcome with adequate certainty."

How to predict roulette numbers?

The academics from the University of Western Australia and the Hong Kong Polytechnic University claim you can create a roulette prediction system based on:

After building the model of a roulette wheel, the two researchers went on with their experiments to prove their roulette prediction formula could work.

Unfortunately, the complexity of the calculations needed for an accurate roulette number prediction shows that not many of us will ever be able to use it.

The calculations made by the two academics explore all the different moments that compose a roulette spin and analyse when and how the ball leaves the rim:

It rotates on the stator:

And it finally reaches the deflector:

How to Predict roulette With an Algorithm

Professor Small and Dr Chi Kong Tse are not the only scientists who devoted part of their lives to finding a way to predict roulette numbers.

Recently, a member of Cross Validated - a site dedicated to statistics, machine learning, data analysis, data mining, and data visualization - came up a precise algorithm to win at roulette.

Once the algorithm was ready, he asked the scientific community to look into his roulette predictor and evaluate the quality of his work.

The results are amazing.

The python code you find on this page is an exact copy of the code that is now publicly available on the Cross Validated website.

While the sequence might look confusing to the majority of us, a closer look (and some solid experience in gambling) shows there's a crucial mistake that would make anything based on this a flawed online and live roulette prediction software.

So, where's the mistake?

The python code above does not take into account that roulette wheels contain 37 or 38 numbers. By using only 36 numbers, it removes the house edge.

This python code assumes that you play roulette with no house edge, while the reality of the game is dramatically different.

This evidence suggests that the algorithm to win at roulette published on Cross Validated does not tell you how to predict roulette numbers.

It assumes that bets on even, odd, red, and black are at complete parity or, in the long run, will happen fifty per cent of the time.

But this is assumption is false.

Another reason this algorithm is certain to fail in the long run is that it is based on the Martingale system, meaning it requires you to double the bet size every time you lose a bet.

If you are not familiar with this betting system, have a look at this in-depth article about the Martingale betting strategy.

Application of the Algorithm to Live Roulette Games

Due to its nature and the physics involved, scientists believe predicting numbers at live roulette is possible, given they have the possibility to do all necessary calculations before a game begins.

To come up with their algorithm to win at roulette, Professor Small and Dr Chi Kong Tse used a study started by Doyne Farmer in the 1970s, perfecting a theory that believes there is a way to predict roulette numbers.

During their tests, Professor Small and Dr Chi Kong Tse found that their algorithm can predict which half of a roulette wheel the ball would land on in 13 out of 22 times, which is much greater than the long-term expectations when not using the algorithm of 10.7 out of 22 times.

While it is true that one could beat the live game through the complicated researchers' algorithm, one needs to remember that its application requires a camera on site to be able to collect the data, which is obviously against the rules of every casino in the world.

Sure — predicting the roulette numbers would be amazing and we can't exclude that one day we'll be able to put our hands on a live roulette prediction software that works.

Devices like the Google Glass 2 or Microsoft Hololens could one day be powerful and accurate enough to offer us a solution to the unpredictability of the game and really eliminate the house edge.

Until then, however, we'll have to rely on these roulette strategies and continue to practice online until we'll finally learn how to enjoy your games at this exciting casino game.

AUTHORGiovanni Angioni
BioPolitical scientist, and gambling expert, I have spent the most part of the last ten years writing about the casino and poker industry. As a professional journalist, I work with FOX News, La Repubblica, the Economist, Politico, and PokerNews. As a gambler, I won money pretty much anywhere in Europe. As a gambling editor, I'll help you do the same.
Toggler
Contents
The Formula to Predict Roulette NumbersHow to Predict roulette With an AlgorithmApplication of the Algorithm to Live Roulette GamesRelated News
1. The Formula to Predict Roulette Numbers

How to Play Roulette for Dummies

The Best Jacks or Better Strategy to Improve Your Winning Chances!

Baccarat Betting Systems: How to Improve Your Chances at Baccarat