Slingo Free Spins: Which Site Has the Best No Deposit Offers? 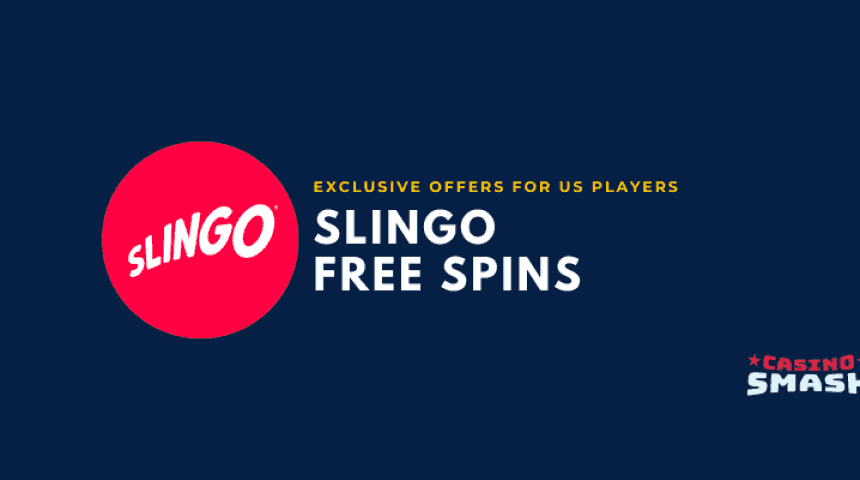 Slingo games are best described as being sort of like a cross between bingo and slot machines. With a grid of numbers for you to tick off, the gameplay is simple and interesting.

Just hit the spin button and a new set of numbers will be delivered to help you complete winning lines or clear the full grid for the maximum prize.

Playing with Slingo free spins and a deposit bonus will help you to enjoy this casino game even more, so let's take a look at how to get some free spins in different online casinos.

Where can you play a Slingo game and what else do you need to know before you get started?

PartyCasino is a regulated New Jersey casino that contains close to 20 Slingo games. Among them, we can see titles such as Slingo Carnival, Slingo Lightning, and Slingo Extreme.

A welcome offer for new players gives a 100% bonus, up to a maximum of $1,000. These funds can be used with Slingo free spins, which contribute 100% to the playthrough requirements in the same way that slots do.

As well as the impressive Slingo collection here, we can also discover a big range of online slots, some of them with jackpot prizes to be won.

In line with most modern online casino sites, PartyCasino also offers live dealer table games to provide you with a different way of playing classics like roulette, blackjack, and baccarat.

If you are a slots player, keep in mind that PartyCasino is included also in our list of the best free spin casinos for US players as they offer every new player 25 free games on Starburst with no deposit needed.

Each of the online casinos with a Slingo selection has a number of Slingo game options you can choose from. For example, Hard Rock Casino has over 30 including Slingo Starburst, Slingo Reel King, and Slingo Berserk that you might like to try.

With all of the top casinos now offering welcome bonuses to American players, this is a good opportunity to play free spins on this type of game with the bonus funds.

However, you should be sure to check the relevant promotion's terms and conditions relating to the deposit bonus, as certain games may be excluded or may contribute a lower percentage to the playthrough requirements.

As you would expect, the Hard Rock Casino also has plenty of online slots and live dealer games in their lobby too.

Not all casinos for US players include a big collection of Slingo games.

If you sign up as a member on one of these sites you may want to look for their instant casino games collection to add variety. SugarHouse Casino is a good example, as they have just a few Slingo titles but have slots, video poker, and other instant games.

The video poker section is where you can play games such as Jacks or Better and Triple Play Draw Poker. The deposit bonus on this casino is 100% of the amount you deposit, up to $250, which can be used on slots, video poker, and sports betting.

Other Online Casinos with Slingo Games

These big-name casinos are regulated in the US and give you the chance to play Slingo for real money in a safe setting and for free. The variety of Slingo slots available on each site differs, so it's worth taking a look at the exact options on each one you're interested in signing up to.

For example, DraftKings has Book of Slingo, Slingo Carnival, and Slingo Fluffy Favorites among the 30 or so games of this type.

This casino also gives their new players a great casino bonus to get them started too.

What Are Slingo Games?

Enter any Slingo game and you'll see a grid with 25 numbers on it, divided into five rows and with the same number of columns. It's set up in the style of a bingo card, but with space underneath for the numbers to be shown.

Every time you spin, five numbers or special symbols are revealed.

In some Slingo game versions, the numbers are drawn in the form of standard bingo balls. In other cases, the mechanism fits in with the theme, with the numbers appearing in a style that matches the overall look.

Every time you mark off all of the numbers on a line, this is known as a Slingo and it moves you up the paytable at the side of the screen.

From this basic starting point, Slingo developers have created a wide variety of games with different themes and features. This gives you many different ways of playing while sticking to essentially the same gameplay.

Among the most popular Slingo game titles, we can see titles based on popular slots and TV shows. This leads to versions such as Slingo Rainbow Riches, Slingo Starburst, Book of Slingo, and Slingo Deal or No Deal.

How Does Slingo Work?

Slingo is an easy casino game to play where you hit the button to start and wait to see which numbers are brought up during each of a fixed number of spins.

If one of the numbers on your card shows up, that space on the grid is crossed off. Crossing off all the numbers on a horizontal or vertical line gives you a completed Slingo.

The prize table at the side of the screen shows you how much you could win as you play Slingo online. The amount increases with each new Slingo you add, with ten completing the full grid and giving you the top prize.

Most Slingo games feature special symbols such as the wild. This icon lets you choose any number on the same line, with super wild symbols letting you choose anywhere on the screen. In some games, this is shown as jokers or super jokers.

The free spins symbol increases the number of times you can spin for new numbers, while blockers stop you from completing a certain line.

Among the different features on these games, Slingo Fire and Ice adds in an extra element by playing with two grids of 25 numbers at one time. Meanwhile, Slingo Sweet Bonanza adds in a bonus game at the end, provided that you have earned enough Slingos to get the chance to pick from the symbols on the screen.

Monopoly Slingo adds elements of the famous board game to the gameplay we've looked at so far.

The popularity of the Slingo games online suggests that we'll see a lot more versions in the future. By applying the same rules and approach but with different features or images, the developers of these casino games should be able to produce lots more games of this kind if there is sufficient demand for them.

How to Play Slingo Online

There is no need to have a slots strategy or any other tactics to play Slingo well.

All different variations of Scingo are games of chance where a random number generator is used to ensure that you get a completely random outcome on every spin. So, you don't need to worry about understanding how to increase your chances of winning.

All you need to do is to choose your stake and then hit the button to start the game.

The only time you need to make any sort of decision during the game is when you land a wild or super wild symbol. At this point, you'll be asked which number you want to mark off the grid. This affects your chances, as there may be one or more options that let you complete a Slingo right away.

Once the allocated numbers have been used and any free spins completed, you'll be offered the chance to carry on playing for an extra stake. In this case, the instant cash prize you could win on the next spin will be shown on the screen. It's then up to you whether to continue playing or collect any winnings that you have earned so far.

As we've seen, there are some differences between the many Slingo versions you can play in American casinos. Therefore, you might like to play the demo version of one that catches your eye, so that you fully understand it before you attempt to win real money.

The main difference between Slingo games and online slots is that slots require you to build combinations of matching symbols to win a game.

While they look similar at first glance, Slingo and slot games are very different games with some key areas marking the differences between them. With online slots, you're looking to get a matching set of symbols to trigger a win. You can also expect to see features such as free spins and bonus rounds where you can look to earn bigger wins.

One thing Slingo has in common with slot games is the wide variety of themes. This could make them appear similar to a new player at first. However, once you see the word Slingo in the title you know that it's a different sort of game.

In fact, the Slingo brand contains games that are closer in style to online bingo games than to slots. The idea of crossing off all the numbers on a grid will be instantly familiar to bingo fans. It's true that the mechanics of spinning images and wild symbols bring slots games to mind, but there isn't a lot of other connection between Slingo and slots.

The fact that so many Slingo variants are based on popular slot machines may encourage slots fans to give them a try.

If you have tried online games like Starburst or Rainbow Riches, then the Slingo version of the title will give you a different sort of game that has some familiar images.

Don't forget to pick up a bonus that lets you play for free or make your funds stretch further.

The Best Free Slots Games With Bonuses to Play in 2022

How to Pick a Winning Slot Machine