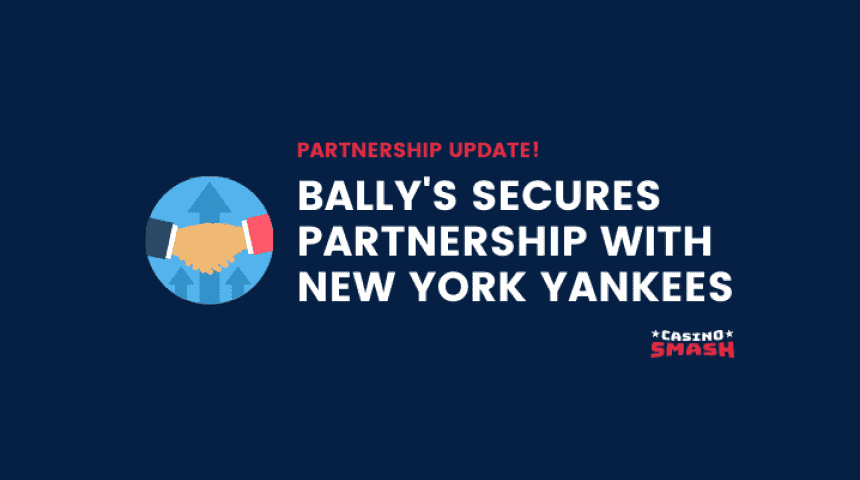 Bally’s has secured a partnership with Major League Baseball (MLB) team the New York Yankees, which grants them advertising privileges and ensures they’re the igaming partner of the MLB giants.

The partnership comes just under a month after Bally Bet launched in the Empire State, despite sports betting going live back in January. The reason they delayed their presence in the Big Apple was down to the aggressive nature of the promotional campaigns by the initial NY-licensed operators, which has now largely died down.

They are playing catch up with the other brands who have been establishing themselves for over six months in New York, but this agreement will undoubtedly place them in good stead moving forward.

Bally’s COO Adi Dhandhania pointed out the positive implications from the deal, saying: “This is a great partnership that will give Bally Bet and our other Bally’s Interactive brands terrific visibility in New York. The Yankees’ history as a franchise and their popularity as a global brand speaks for itself.”

“We hope that their branding in Yankee Stadium, along with their in-stadium customer engagement, will greatly strengthen Bally’s overall gaming presence in New York,” he said.

Benefits of the Partnership for Bally’s

The main perks of the deal sees Bally’s become the igaming and free-to-play gaming partner of the well-supported MLB side who have won the World Series an incredible 27 times, as well as gaining advertising privileges at the Yankee Stadium.

Some of those aforementioned advertising opportunities include the LED boards that surround the playing field and all over the great hall, as well as in-game advertisement on the centerfield video board.

Daily Fantasy Sports (DFS) platform Monkey Knife Fight, which is under the umbrella of Bally’s, also becomes the official DFS partner of the New York Yankees, and Bally’s Atlantic City casino becomes a partner of the MLB side too.

Bally’s deal with the Yankees comes as no surprise given their background when it comes to partnerships with sports teams or leagues.

They have plenty of strong relationships when it comes to sports teams too, having official partnerships with the National Football League (NFL) team the Cleveland Browns, the NHL’s Nashville Predators, and the WNBA’s Phoenix Mercury.