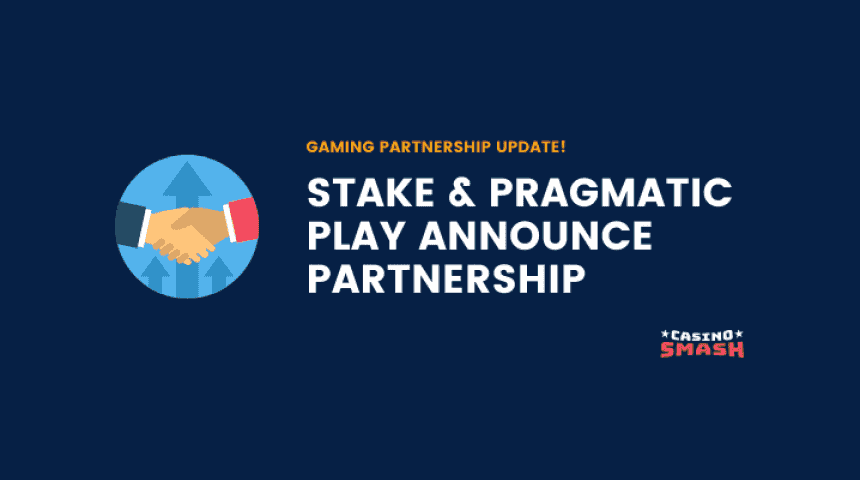 Stake Casino have announced a new partnership with Pragmatic Play which will see the operator drastically improve their game offerings and help continue their rapid rise in the igaming industry.

When a software developer teams up with a casino, it’s typically expected the deal will allow the operator full freedom to use their long list of available games as the developer will have licensed their games to them.

This deal rewards both parties, with it firstly helping Stake improve their position in the casino market even further than they have done since they launched in 2017 by partnering such a renown game developer. On the other hand, Pragmatic Play have profited from previous partnerships with 888casino and Mansion Casino and will be pleased to be an integral part of the meteoric waves Stake are making in the industry.

The extensive list from Pragmatic Play that will soon be filling up the slots section on Stake Casino includes popular slot machines like Big Bass Bonanza, Gates of Olympus and Da Vinci’s Treasure. They’re one of the few igaming developers to offer Dragon Tiger Live too, among many other live dealer games from the traditional table offerings to Mega Wheel, Sweet Bonanza Candyland and Speed Roulette.

Both parties have expressed their delight with the deal they’ve struck, with the Chief Business Development Officer at Pragmatic saying: “We’re very pleased they’ve partnered with us to create a dedicated Live Casino studio, and we’re excited by the opportunity to deliver an environment worthy of the Stake brand.”

Meanwhile, one of the founders of Stake Casino, Edward Craven, said: “Pragmatic Play’s commitment to ensuring our every need is met was a key element in powering this deal. Its dedicated studios have performed well with major brands in regulated markets all over the world, and this is an important step forward for us.”

Stake Casino’s partnership with Pragmatic Play is just one of many they have made in recent years. Most noticeably, they have agreed to multi-year deals to advertise on the shirt of Premier League and Championship football clubs Everton and Watford, made former Argentine footballer Sergio Aguero and UFC fighter Francis Ngannou ambassadors, and popstar Drake has become an affiliate of the operator.

These sorts of partnerships Stake already have in place will undoubtedly help Pragmatic Play grow too, in addition to the fact that Stake.com has become a featured hub for Twitch online casino streaming, especially for Roshtein who is watched by millions of viewers each passing week.