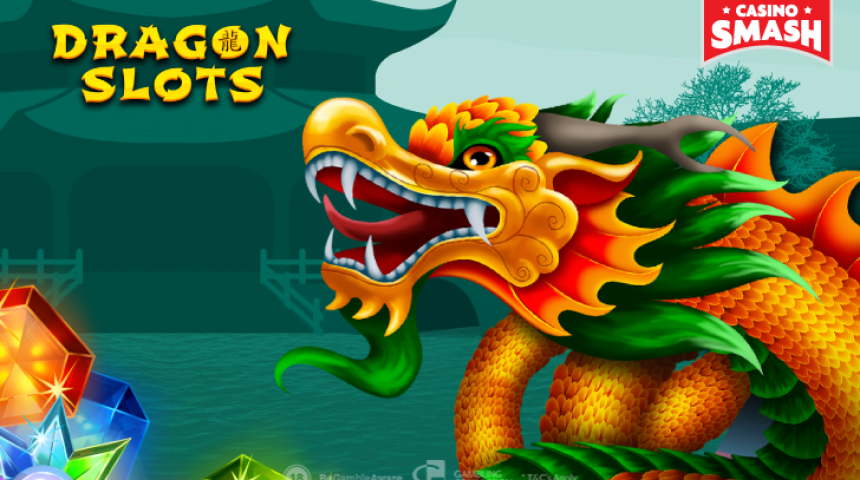 Did you notice how much the popularity of dragons has increased recently? These legendary creatures have always been present in many cultures around the globe. But now you can see dragons in pop culture on daily basis.

And slot developers pick up similar trends in the blink of an eye. Thus, you can find lots of free dragon slots at most online casinos. But it doesn’t mean they all are any good. When the same or similar slot theme is used over and over again, it becomes boring real quick.

Remember what happened to Egypt-themed slot machines games. How many of Book of *insert anything Egypt* are there now? And how many of them are any good?

Only the creative and innovative developers make games that stand out. Even when they adopt overused slot themes.

My point is, don’t waste your time going through free dragon slots yourself. Most of them have nothing new to offer in terms of quality, entertainment, special features, or winning chances.

Instead, play the games you deserve and that deserve you. And if it is free dragon slots you enjoy, you’ll find such games on this list.

The main difference between this game and the original Dragon’s Luck is that Dragon’s Luck Megaways is more of a polished slot, with a more contemporary look and feel.

Like any Megaways slot, the game features reels capable of displaying a different number of symbols on each spin. The greater number of symbols, the more chances you have of winning - up to 117,649, to be exact.

The popular slot machine was such a hit among online casino players that NetEnt decided to give it the Megaways treatment. It certainly bears similarities to the original, such as in its look, graphics quality, and symbols.

Of course, when it comes to the format, these are two very different slots. Dragon's Fire is a five-reel slot, while the Megaways version features the 7x7 grid Megaways players have become accustomed to.

The high variance slot comes with a 95.72% RTP, and while the wins aren’t as frequent as in other games, when they pay out, they pay out very generously indeed. The highest paying out symbol is the Dragon’s Eye, at 50x your stake for a combination of five identical symbols.

Similar to Jammin' Jars, Dragon Fall is an interesting slot from Blueprint Gaming, with a dazzling and shining theme. The gameplay takes place in a dragon’s den, where the fierce creature is protecting a treasured collection.

All the symbols are colourful Dragon eggs, aside from the multiplier, which is represented by a scary-looking dragon eye.

The 96.43% RTP game is a highly volatile slot machine, so is more suited to those who like to play with larger real money stakes.

This one has Chinese culture written all over it; so if you love the East, Dragon Duel: Pots of Fortune slot would be a great choice for you to play. There are oriental motifs all over the theme, including Chinese icons representing the symbols.

After taking the reels for a spin, you can expect to see gold coins that bring wealth and good fortune, hieroglyphics, and yin-yang.

It isn’t just the beauty on the reels that will capture your attention, as the value of the prizes will also blow you away. You can win up to £250,000 on a single spin, and if five Woman symbols fall on a payline, you should win 500x your bet per line.

Dragons Rising immediately transports you into the realm of its fantasy world with a great base game, along with some intriguing bonus offers in the free spins feature and the gamble feature.

CR Games has added some intriguing visuals, making sure that your gameplay looks authentic with its fun and entertaining gameplay.

With an unlimited free spins feature, connecting wilds, and expanding wilds, you’ll be able to win a fiery fortune in this five-reel slot.

As you make your way up the slot’s golden steps, you’ll greet a Chinese shrine across the numerous mountains. This is where the temple holds the answers to your Far East wealth and fortune.

With the temple’s pillars surrounded by golden dragons, you’ll be tasked with spinning the mega reels to try your luck at waking up the majestic creatures. That sounds like some dragon gold. Slots don't get much better than Mega Dragon.

Breathe fire into the reels, and hope for the dragon wilds, because they will see one of the slot’s three dragons come to life as they soar through the reels and reward you with huge bonus offers.

The graphically rich Forbidden Dragons slot is an original Colossal Reel slot that WMS has brought to the reels. The deep colours are jewel-like, and the gameplay is excellent on all devices.

The gorgeous slot benefits from a unique layout to provide you with the chance to win a bevvy of riches. With free spins and transferring wilds, the Colossal Reel game engine offers some bona fide colossal wins.

You can win up to 500 coins in the base game when landing five Dragon King symbols on a payline, at the maximum stake. If you are awarded the free spins bonus, you could find yourself playing for a 2,500x multiplier on every free spin. Now, that’s what I call colossal.

Dragon Born was already one hugely popular slot. Dragon Born Megaways is no ordinary Chinese-themed slot either... Firstly, there are the Megaways reels with six 7-widow reels that can feature a variety of symbols.

Add to that the stunning backdrop of pastures, rivers, and mountains, and it’s clear you’re about to go on one very exciting treasure hunt.

Big Time Gaming hasn’t got the name they have for no reason. Their dragon-based adventure slot isn't afraid to offer it all. It comes with big reels to spin, full reel wild jokers, and diamond scatters in the free game, and the astounding Megaways Feature with 117,649 ways to win. It's also prepared to pay you some pretty nice bonus offers.

Quickspin decided not to fill the reels of this slot machine with Chinese cultural props and trinkets. Instead, it's designed around a clean and minimal aesthetic, with traditional playing card values and various coloured gems to represent the reels’ main symbols.

As the dragon is used to represent good fortune, you’ll certainly feel fortunate should you land a complete stack of dragons on the slot’s first reel. It triggers the Dragon Shrine’s re-spin feature, closing all the wild and dragon icons on the reels for three re-spins. All further wild and dragon symbols are locked, with wins added up once the feature has ended.

While the game is far from being visually extravagant, the gameplay offers a unique reel set up and numerous rewarding bonus features. Make sure you read up on the terms and conditions before you play, and you'll get the whole picture.

If you’re an ambitious player who dares to venture onto dragon territory and take on the dragon in two separate bonuses, you’ll want to give Dragon’s Temple a try. Oh, and there’s not just one progressive jackpot, but three that have the potential to show up at any time.

The game is covered in golden and red ornaments, with stunning details that give the background the appearance of a beautiful and giant tree. After each win, everything begins to move, and the musical background is reminiscent of Kung Fu Fighting.

Symbols like the Yin Yang symbol introduce bonuses that you’re bound to appreciate. The dragon is the wild, and every time it shows itself, it expands, covering the reel and providing you with numerous ways to land more combinations.

In this final dragon slots casino game, you’re transported to medieval times, with dragons roaming the skies. They're not only preying on sheep here but also scaring the farmers. You take on the role of a knight from the local castle, with the task of taking on these dragons.

Of course, while the dragons are bad and evil and all that, they also offer treasures like chests of silver and gold, which will be all yours if you successfully defeat the scary dragons.

You are tasked with protecting each of the local castles and preventing them from being burned down. Should you succeed, you’ll get a staggering 500x your real money stake. Even better than that, if you're lucky enough to find five treasure chests, you’ll get an even more staggering 5,000x your stake. As the game is highly volatile, it isn’t at all that rare to find yourself in the middle of some pretty large winning streaks when you’re hitting on these symbols.

How to Play Your First Slots Tournament

The Most Comprehensive Guide to Slots Tournaments Ever Published