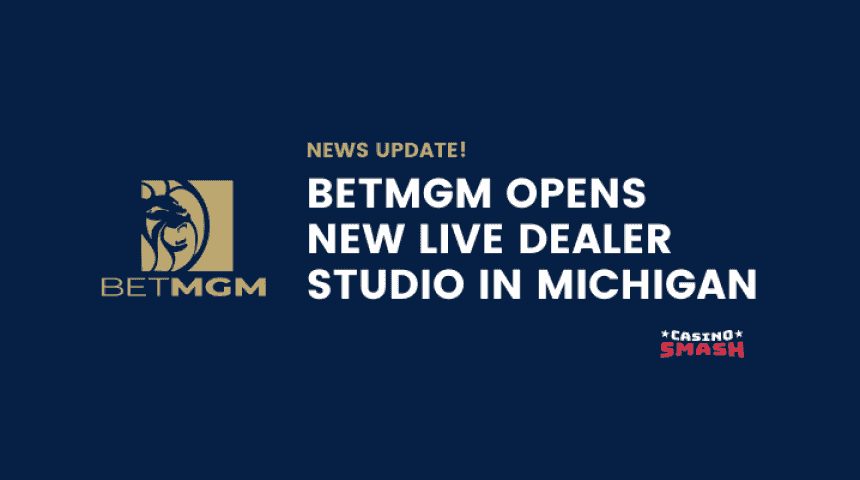 iGaming giants BetMGM have opened a brand new private studio in Michigan as the operator ramps up its live dealer offerings in the Great Lakes State.

The live dealer studio was made in connection with Evolution Gaming, and it comes as no surprise since BetMGM heads the igaming market in Michigan with a 39% market share.

BetMGM first introduced live dealer games in Michigan just under a year ago in July 2021, and the obvious success in the state has led to the opening of this new studio.

BetMGM director of gaming Oliver Bartlett was delighted with the news and how it has only strengthened the operator's relationship with live dealer casino market leaders Evolution.

“This beautiful, new studio enhances BetMGM’s live casino experience in Michigan and deepens our partnership with Evolution,” he said.

“Inspired by the MGM Resorts brand, the studio is adorned with the iconic golden lion and the familiar black and gold BetMGM color scheme. We’re confident that it will amplify our market-leading casino offering in Michigan,” Bartlett also said.

“We’re thrilled that BetMGM has again entrusted Evolution with providing a full, dedicated studio solution, powered by our technology,” he said.

Millar continued by saying: “As we set out to create a unique feel that players would love, the BetMGM studio in Michigan is one of the grandest we’ve built. We’re excited to continue our work within the state of Michigan, while strengthening our ongoing partnership with BetMGM.”

The good news keeps on coming for Evolution, with this coming just after the announcement that they had made the acquisition of slots developer Nolimit City for $357.9m, growing their igaming business even further.

Evolution’s live casino has launched in West Virginia too, as the games developer tries to accelerate their stature in the US to even greater heights.

For BetMGM, they have announced they’re to become the exclusive sportsbook for BetQL Network, as well as an agreement with Sony Pictures Television and IGT to launch Wheel of Fortune Casino.